Welcome to my NFL Week 8 Picks and Previews.  Last week I went 8-6, putting my overall record at 61-44-2 (62-44-2 including Week 8 TNF).  I’m hoping for at least 9 or 10 wins this week to get ahead of the ESPN and CBS Sports experts I am trying to compete with.  I am ahead of just 1 expert from each website.  This week, expect a lot of close, exciting games.  Even Vegas is predicting this, as many of their NFL point spreads this week are under 4.  But with lots of close games comes lots of surprises.  Who will pull a shocking upset?  Who will stand strong and win as expected?  Read below to find out what I think.

Lock of the Week (MNF) 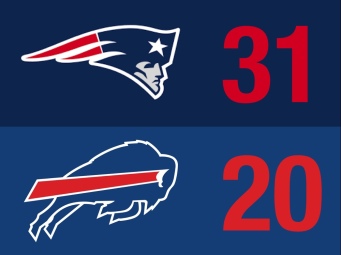 Stay tuned for a potential video preview closer to the game!

There are not many locks this week, but the Patriots should be able to take down the QB Josh Allen-less Bills with ease.  It doesn’t matter if it’s in Buffalo, and it doesn’t matter that it’s Monday Night Football.  Expect QB Tom Brady and the Pats to dominate here, taking an early lead and running with it.  The Patriots defense isn’t going to go from shaky to shut down in a week, but it should hold a struggling, banged-up Bills offense to 20 or less points. One thing this offense does have on the New England is a strong run game.  New England has continued to struggle against strong run games this year.  But I don’t expect much else from the Bills offense, and the Pats should end up winning by 10 or more. 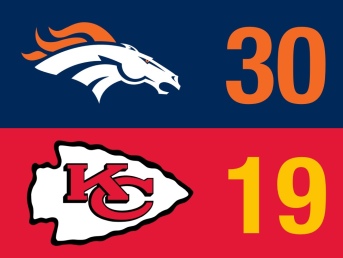 This would be a shocker given Kansas City’s performance in Denver and Denver’s tendency to perform far better at home.  But it’s hard to beat the same team twice, especially when they are riding the momentum of a 45-10 victory including a spectacular defensive game.  I understand that it was the Cardinals, but momentum is momentum. Thanks to this momentum, I think Denver’s D will do surprisingly well in stopping Kansas City’s dominant offense.  This all-offense Chiefs team will struggle against a Broncos offense that has improved from 2017. TE Travis Kelce will catch Kansas City’s lone TD as the rest of the offense is overwhelmed by the Denver D in an upsetting loss.

That’s all for my picks and previews this week.  Stay tuned for more NFL posts soon, including my midseason report next week.

Welcome to my NFL Week 7 picks and previews.  Last week, I went 8-7, placing my overall record at 53-38-2 (53-39-2 including TNF Week 7).  This puts me ahead of 3 of 10 ESPN experts and 1 of 8 CBS Sports experts. There have been a lot of early season surprises this year.  The Bears are tied for the NFC North lead. The Eagles sit at .500, and the Falcons sit at just 2-4. Both of them were playoff teams in 2017.  Could this mark the turning point for some of those surprise bad teams? Will some of the pleasant surprise teams begin to regress? Read below to find out what I think.

Lock of the Week 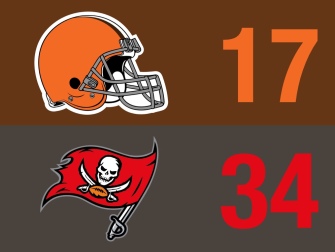 The Buccaneers struggled last week in Atlanta.  But now that they are back on their home turf, expect QB Jameis Winston and the Bucs to bounce back.  The Browns have little to no momentum going into this one either.  They’re coming off an embarrassing blowout loss in Cleveland.  Don’t expect a much better offensive performance from the Browns against an underrated Bucs defense in Tampa.  I also don’t think the Browns secondary will be able to contain Tampa’s deep group of receivers.  Expect an easy Buccaneers victory. 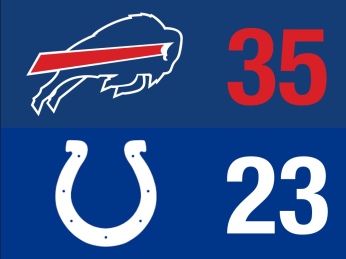 I tend to lean towards teams with the home field advantage when making my picks.  But the Bills have actually performed relatively well on the road. If they can shock the Vikings in Minnesota, they should be able to take down the 1-5 Colts in Indy.  It doesn’t matter if Josh Allen is the QB or if Derek Anderson is. This Colts defense has struggled all season, costing Indy several games. With the Bills dominating a rebuilding Colts D, QB Andrew Luck and the Colts offense should be able to put up a fight.  But it will be very difficult to keep up with Buffalo, leading to a Bills road victory.

That’s all for this week’s picks and previews.  Stay tuned for more Boston sports articles soon, including a preview of the crazy week ahead for all four Boston teams.

Welcome to my Week 4 NFL picks and previews.  It was a rough week for me last week, as I finished 6-10.  But luckily, I’m still 27-19-2 (28-19-2 including TNF Week 4) due to my strong week in Week 2.  I’m still ahead of 9 of ESPN’s 10 experts, and half of CBS Sports’ 8 experts. There have been a lot of surprises in the NFL so far this year.  Unexpected contenders have emerged, and what were perceived as some of the NFL’s best teams are struggling to keep up.  I definitely think this week will set some things straight.  Some of the expected contenders will start to surpass the surprise teams.  The question is, which surprise teams come down to earth first?  Keep reading to find out what I think.

Lock of the Week 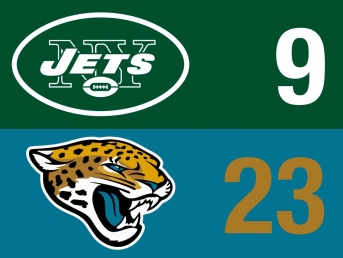 QB Sam Darnold and the Jets offense looked good in the first couple weeks.  But this offense is still very young and has things to learn. I expect this dominant Jaguars defense to tear apart New York’s offensive game plan.  The pressure of Sacksonville will get to Darnold, which will mess up the entire offensive scheme for the Jets. The Jaguars offense doesn’t have to have a field day to win a game, and they’ve made that very clear.  RB Leonard Fournette will likely return this week.  They had been fine without him, at home against the Patriots!  Given that, this home game against the Jets with Fournette back should be a clinic in Jacksonville’s favor. 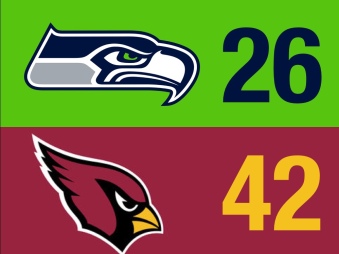 QB Sam Bradford had clearly declined, and after two weeks, all Cardinals fans knew Bradford wasn’t the answer.  But Steve Wilks has finally put QB Josh Rosen in as the starter!  Rosen was my favorite QB of this year’s draft, and I expect him to completely turn around the Cardinals offense this week.  I don’t expect this kind of consistency throughout the year in 2018.  But this will give us a glimpse at what the Cardinals invested in down the road, kind of like what the Jets received from QB Sam Darnold in his first game.  I think Rosen can handle the rebuilding Seattle defense on his home turf. Look for Arizona’s tight ends to have an especially strong game as well.  Meanwhile, the Seattle defense will struggle to contain Rosen and RB David Johnson.  Their offense will see slight improvement with WR Doug Baldwin likely to return, but nothing significant as Arizona pulls off the upset at home.

That’s all for my Week 4 picks and previews.  Feel free to comment with your thoughts.